In Search of Your Inner Great-Grandparent

The purpose of this blog is to get things ticking at the Shabbat table. Please print and share. 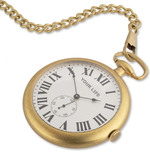 OK, so it's not so ancient and not so Chinese.

Maybe it's only true chez Seinfeld.

But every leaky faucet makes me think that Chinua Achebe was right.

The dairy sink's leak had been easy enough - remove the handle, pop in a new washer, cleaned up in under 10 minutes.

But last night's struggle with the other side was meatier. I felt like I'd met my match and it's name is Moen which rhymes with moan. It was one of those DIY jobs that gets you rationalizing: Is a leaky faucet really such a big deal?

Or: Can't this wait until after Rosh Hashana?

So....(for your table), What does matter before Rosh Hashana?

This is a follow-up to last week's question, "Why does Rosh Hashana matter anyway?"

You've had a whole week to think about it. Ready for an answer?

If statisticians are to be believed, there's a high probability that everyone reading this (or hearing it read) has or had 2 parents.

(Maybe in this day and age I should say "at least" 2 parents.)

And I'm no statistician, but I'm fairly certain that these odds extend to having 4 grandparents.

I'm even willing to bet that you have (or had) 8 great-grandparents.

I've never met anyone who could pull this one off:

Raise your hand if you can name your 8 great-grandparents and tell one interesting thing about each of them.

If you happen to be the one-in-a-million who can do that, then extend it back to your 16 great-great-grandparents.

At some point most humans fade into the background. Even those lucky enough to have children eventually become someone's forgotten great-grandparent.

And don't assume that there will even be a digital record of your life.

Maybe you'll be lucky enough to die with sufficient drama for them to display one of your possessions in a museum.

(I hope you're clicking on all the links as you read - they are all quite interesting.)

What's the secret to being written in the Book of Life?

Come up with a reason why your life is going to matter for at least another year.

Friendly suggestion: you might want to get a copy of this year's new 40 Meditations for the High Holidays....

One day you'll be at best a distant, remote, faint memory. How are you going to create a legacy?

The purpose of this blog is to create some forward-thinking at the Shabbat table. Please print and share.

Question for your table: What's the most important way to prepare for Rosh Hashana?

Last night I attended a lecture where the rabbi suggested the answer to the question goes like this:

1. The most important thing we do on Rosh Hashana and Yom Kippur is lots more prayers than the rest of the year.

2. Ergo, the most important preparation would be to study the prayers, or prepare somehow for that experience.

Hmmm... is he speaking my language?

Last week I mentioned the old favorite, 25 Questions for the High Holidays.

This week, we offer you an expanded and improved version for 2018:

40 Meditations for the High Holidays.

For a free copy, send an email.

And if you want more than a single page to change your High Holidays for the better, try clicking on the image above.

Question #2 for your table: Why does Rosh Hashana matter anyway?

Are You the They?

The purpose of this blog is to stir up some wisdom at the Shabbat table. Please print and share.
Happy Birthday shout-out to Shelli in SF! 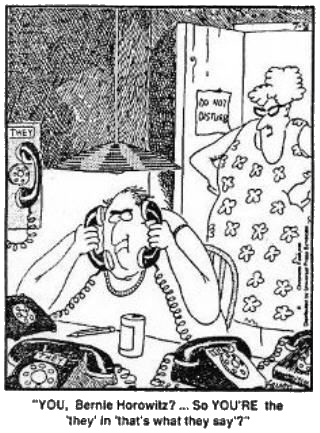 Have you started working on your 25 Questions for the High Holidays?

Did you email your friendly rabbi to get an updated copy?

How did we ever live without email?

A hundred years ago, when telephones started to catch on, the great rabbi we call the Chofetz Chaim was very concerned about Jewish people owning one of these new devices.

The first question for your table this week is: What would you guess was his concern?

Answer: He was deeply worried it might increase lashon hara.

Question #2 - Was he right to be concerned?

Question #3 - Even if he was right, do the benefits of owning a phone outweigh the evil of lashon hara?

Well, that's all water under the bridge, right?

In terms of communications - voice, text etc., yep, it's completely water under the bridge.

But is everything about these smart phones a done deal?

If you are a parent, or a grandparent, or if you have any young people in your life, or

If you are a human being who happens to be alive in 2018, then you are surely dealing with these two issues, know it or not.

1. Algorithms decide what's important for you to see.
2. All kinds of ignorant people manage to get their voices into your head.

The only way to get through life with any sanity is to filter.

But software filters are imperfect. And they need to be updated.

But we Jews have another kind of filter - let's call it a soulware filter.

Late in the afternoon on Friday, you shut off your phone.

Don't put it in airplane mode. Don't turn the ringer off.

Shut the whole thing off.

It's a litmust test for the robustness of your soulware.

The harder it is for you to turn off your phone and leave it off for a few hours or even 24 = the more your soulware needs an update.

The purpose of this blog is to bring a BOFA to the Shabbat table. Please breathe in, breathe out, and share.

Continuing last week's nod to our English heritage, this morning, my chavruta and I had an argument.

That's what chavrusas are for.

No, we were not arguing over the pronunciation of "חברותא".

We were arguing over the pronunciation of "err", as in "To err is human."

He is sure that "err" rhymes with "air".

He has two proofs:

1. The noun form is "error". Everyone agrees that this is pronounced "air-or".
2. Everyone he knows pronounces it "air".

I also have proofs:

1. That's how Brits say it, and they speak English propally.
2. If you say it like "air", then "To err is human" sounds like you're saying "to breathe is human," which is silly.
3. Someone on Stackexchange points out that Gilbert and Sullivan's 19th C lyrics prove me right:


If I had been so lucky as to have a steady brother
Who could talk to me as we are talking now to one another —
Who could give me good advice when he discovered I was erring
(Which is just the very favour which on you I am conferring)....

OK, let's turn this over to your table for Question 1 - Who's right?

Let's go deeper for Question 2 - What's the difference between an error and a mistake?

And for Question 3, in the spirit of words and interpretation, here's a puzzle for your table.

A man fell off a smuggling boat into deep water. He could not swim and he was not wearing anything to keep him afloat, nor was there anything floating in the water for him to hold onto. It took 30 minutes for the people on the boat to realize someone was missing. The missing man was rescued two hours later on the return trip. Why didn't he drown?

The solution is purely logical, no trickiness needed.

PS - Scroll down for the solution...

PPS - If you enjoy words and interesting etymologies, click on the pic above.

PPPS - Do you know how many days until Rosh Hashana?

Are you sure you want to peek?


You're giving up that easily?

Don't you want to figure it out on your own?