What's the Opposite of Pain?

Happy Birthday to Rick! Wishing you health and blessings "ad me'ah v'esrim" - until 120!

Did you ever see LeBron James play?

Who would LeBron James rather play one-on-one —

Why would he obviously want to play Kobe? Won’t he beat me so much more easily?

It’s obvious, isn’t it? Pleasure in life is not the absence of pain! We find pleasure only through challenges, or “pain” as it were.

No pain, no gain.

There is this guy I know.

He's trying to conquer an addiction to unhealthy food.

He's trying to conquer an addiction to comfort.

We have such a pull towards comfort - everyone knows that comfort sells.

Judaism says that comfort does not = pleasure.

Comfort comes when you get rid of pain.

Pleasure comes when you use pain to gain.

Difficulties in life, these are the pain that we need in order to experience the real pleasures of life.

PS - This Table Talk was adapted from The Art of Amazement - nearly a decade in print. 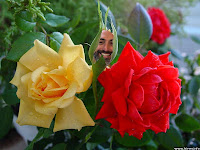 In my grandfather's memory, and in honor of the coming end of the school year, here's a story I've told in the past with a message that we all need to hear once a year.

It was a sunny August afternoon, some weeks before my freshman year of college.

My grandparents were visiting for no particular reason and I was taking cover in the family room.

Among the old Penguin paperbacks lining the back wall. My mother's college texts that she displayed like family heirlooms. Euripides and Sophocles, Dante and Shakespeare, Brontë and Faulkner, and others in-between.

My shelter in the edifice of Plato-to-NATO.

(Ever notice that most of those guys had beards?)

That's where he cornered me.

The truth is, I didn't even known they were visiting, but in he walked with a jocular rebuke, "Don't you greet someone when they come to visit?"

"I'm fine. All ready for college?"

"Not yet, getting there!"

"Well," he smiled, "I have just one word of advice for you before you go."

I could hardly believe it. This was great. This was going to be one of those moments that I'd be able to tell my own grandchildren about, and better yet, to blog about.

I waited for the word. He had already started to stoop, yet had exchanged his 1975 dark-rimmed glasses for lighter, youthful frames.

No hurry. He was smiling, pausing for dramatic effect.

OK, that's interesting. Are we having a senior moment, or is there a punchline?

I raised an eyebrow or two and waited.

Then came the punchline:

What a thrill! After 18 years of grandfatherly advice, here finally was something that seemed really relevant and true!

Life is short. There is much to learn. Invest your learning time well.

Try this question at your Shabbat table: Who were the best teachers in your life? Did you ever thank them?

PS - Please remember to thank all of your child's teachers. Gifts are unnecessary, but a hand-written thank you note from you or better yet from your child means a lot. Teaching is hard work. They don't have to be perfect to deserve our appreciation.

In memory of Bruce Keller, who tragically left this world this week. Our condolences to his family and all those who cared for him. 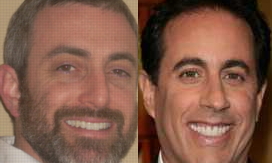 You would think that by now the frequency of the question would diminish ever so slightly.

Yet it doesn't let up.

Almost every day, someone asks me.

So I find myself joking, "I have a new policy, I only answer that question once a day."

Can you guess the question?

Someone asked me yesterday. And the day before that.

Sometimes it's someone that I've known for years. Other times it's a stranger who comes up to me out of the blue.

Hey Jerry, in case you're reading this, I just want you to know - one of these days, they're going to be asking you that question!

The real question that I would like to offer you for your Shabbat table is this:

What difference does it make if I'm related or not?

As my 7-year-old Devorah realized this morning, "We're related to everyone, even non-Jews, because we all come from Adam and Eve!"

Regardless of what you think of the historicity of that statement, you gotta love the ethic.

So why, I ask you, does it matter whether or not today's Jews are genetically descended from ancient Jews? (If you are not familiar with this controversy, click here.)

As I wrote last week, we are a people who have had some amazing converts. Some of our greatest rabbis were converts or descended from converts.

So what difference does it make, should it make, if there is or is not a genetic link?

That's the question for your table. Let me know what your table-mates come up with.
Posted by Rabbi Seinfeld at Friday, May 17, 2013 1 comment:

The purpose of this blog is to get the kids talking at the table. Please print and share. 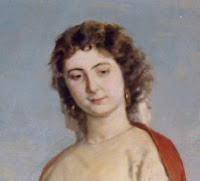 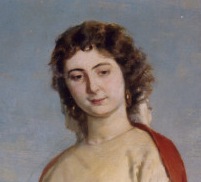 This week's question for your table:

Who was the most famous convert to Judaism ever?

Answer: Ruth the Moabitess (i.e., she was from Moab).

So what you ask?

Since a Gentile has 7 mitzvoth (the 7 Noahide Laws) and a Jew has 613, her name alludes to the 606 additional mitzvoth she received when she became a Jew.

Question #3 for your table - The Torah says that there are about 10^18 stars in the universe. The question is, Why is this significant?

(Here is my answer to the question, and I'd love to hear yours too.)


PS - What amazing smartphone/tablet app has this fact about Ruth?

This message can be received by email with a free subscription.
Posted by Rabbi Seinfeld at Friday, May 10, 2013 1 comment: 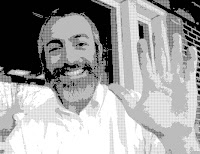 The purpose of this blog is to for some good ol Jewish conversation at the Shabbat meals. Please print and share.


Ever met a first-time parent?

They're worried about everything.

Back in 1996 when we were expecting our first child, the doctor wanted to run a routine ultrasound.

He said it wasn't required, but could reveal certain problems and was a good idea, and that there was no risk.

Something about that technology sounded invasive and risky.

Something bothered us about bombarding our baby with anything, not even sound waves.


Something bothered us about his "no risk" certainty.

So we did something very unscientific.

We asked our rabbi what he thought.

Without hesitation he answered, "There's no evidence that they're harmful, but I don't think they've been around long enough to assume they're safe. Unless there is an urgent medical need, I wouldn't do it."

So we declined. (Later, during the second trimester, we had a more urgent need for one.)

NO, I did not say that rabbis can replace doctors.

And since then, ultrasound tech has become so portable that you can buy your own. (And led to some disturbing uses.)

Yet it wasn't long after that that evidence started to emerge that ultrasounds can affect fetal brain development.

For instance, this 2001 study on the increase in left-handedness among ultrasounded babies.

More recently, even scarier data has come in about a possible link to autism. (But the research, while scary, is not yet conclusive.)

So maybe having the right rabbi - even if he isn't a doctor - is not such a bad idea?

(Of course, having the right rabbi doesn't help much if you don't ask the question....)

Some people say, "I just don't want to bother the rabbi...."

To that concern, Rav Wolbe once said: When you find a rabbi who can answer your questions, "never give him any rest."

So this week's question for your table is: When is the last time you asked your rabbi a question?

PS - Want to make your Table Talk rabbi happy? Like it, tweet it, or just forward it to someone who might enjoy it.
Posted by Rabbi Seinfeld at Friday, May 03, 2013 2 comments: