What You Can Learn From a Tomato

The goal of this blog is to create an heirloom-quality Friday night  - please print and share, repost, forward, tweet, etc. 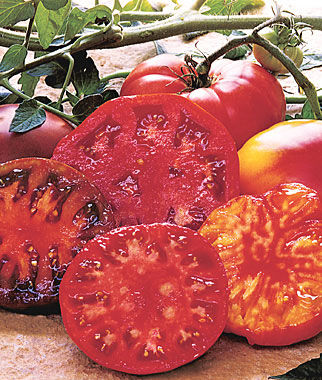 Before today's main topic, a correction from last week.

Many people tried to view the video about the "Humanity Being" and the link was initially broken.

It was later corrected. If you haven't seen it, or want to see it again, here is the working link:

Now, what's this business about tomatoes?

I'm not much of a gardener, but how hard is it to buy a couple starters from the Home Depot and stick them in the ground?

Well, it turns out I have a lot to learn.

First of all, my thoughtful wife reminds me, you have to prepare the soil. Mix in all of that compost you've been making all winter.

That's not so hard to understand.

What surprised me was when I read the instructions on the starter plants. They write them in tiny print on the plastic label around the plant. I would ordinarily just ignore such things, but on whim decided to read it:

"Plant deep enough for soil to reach the base of plant. Plant tomatoes deeper, covering 2/3 of plant."

Yep, say the experts. Especially if you're trying to grow succulent heirlooms.

Here's a superb blog that tells you how to do it.

They say it allows the plant to grow stronger roots. It will actually grow roots right out of the sides of the plant.

With those stronger roots, it will grow taller and stronger and produce better fruit.

I didn't know that.

I think maybe there is something to learn here, but I'll put it in the form of a Question for your table:

The goal of this blog is to spread the love - please print and share, forward, repost, etc.

Last night, the man in this picture stayed at our home.

His name is David Geffen. He is a friend who was visiting from Israel.

David has created something remarkable for schools.

It begins with the premise that all human beings are connected and need each other.

He calls this idea "humanity being".

That means, just as the various parts of your body need each other and need to cooperate with each other without rivalry or envy, so to the various members of humanity to each other.

He has invented a method for teaching this consciousness to school kids.

This video is a good introduction:

He is bringing this program to schools around the world, and is in the USA right now doing just that.

My question for your table is - do the schools and/or the kids you know need Loving Classroom?

As always, this message can be read online at http://rabbiseinfeld.blogspot.com. 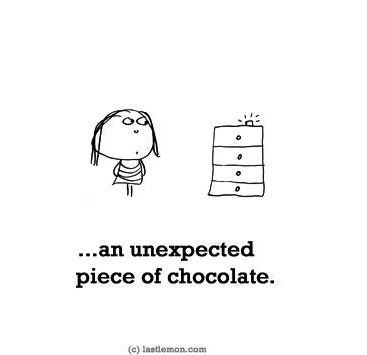 Sometimes you have to wonder:

How could anyone live in a world with phenomena like this and not be happy?

I'm not talking about someone suffering. It seems to me they have a right to be unhappy.

I mean the average person who has food to eat and a place to sleep at night.

Now, in the new World Happiness Report, Israel ranks #11, ahead of the United States and most of Europe, prompting this Wall Street Journal writer to wonder why?

How can this be so? Israelis live in a hostile and volatile neighborhood, engaged in an endless conflict with the Palestinians and under the threat of nuclear annihilation by Iran. If you crunch the different components of these indexes, Israel falls much further down the lists. It ranks only 24th in GDP per capita, and comes in at No. 30 of the 36 OECD countries on security and personal safety. Israel has only the 17th-highest per capita income in the world.

But Israelis do not rank as stupid on any index. Israel was the fifth-most innovative country in the 2015 Bloomberg Innovation Index, and a 2014 OECD study ranked it fourth in the percentage of adults with a higher education.

So what explains the Israeli paradox? Do Israelis only become stupid when thinking about their own happiness?

So he evidently agrees with the premise that happiness is a function of (a) security and (b) income.

There's this week's question for your table: Is he right?

The goal of this blog is to create a memorable Shabbat for everyone at the table.

You may not be aware of this, but Holocaust Remembrance Day (Yom HaShoah) is a bit controversial in the Jewish world.
(I know what you're thinking: What isn't?)

The controvsey began when the State of Israel declared the holiday, somewhat arbitrarily based on the start of the Warsaw Ghetto Uprising.

No one I know argues that the Holocaust should not be remembered.

No one I know disagrees with this video.

Those who choose not to honor the day say: "We already have a holocaust remembrance day. It's called the 9th of Av."

They have a point. The 9th of Av liturgy includes numerous horrendous attempts to destroy the Jews. Take the Crusades (please)....no cakewalk. Who wants to remember the Spanish Inquisition and Expulsion? Ever heard of the Russian pogroms? How about the 1919 pogroms? And so on.

But the other side has a point as well.

There was something about the German edition of "let's destroy the Jews" that stands out.

Maybe it has to do with the fact that we have met survivors.

Maybe it has to do with the photos and videos.

But maybe it also has to do with the event itself. It really was  more horrendous than the previous epidodes, as horrendous as they really were.

The Talmud predicts that the final holocaust will be so horrific that it will overshadow all previous holocausts in our minds and memories.

So maybe to single out the European Holocaust for a special remembrance day is.... to hope and pray and believe that it truly was the last.


Shabbat Shalom
and Happy Mother's Day to all mothers out there!